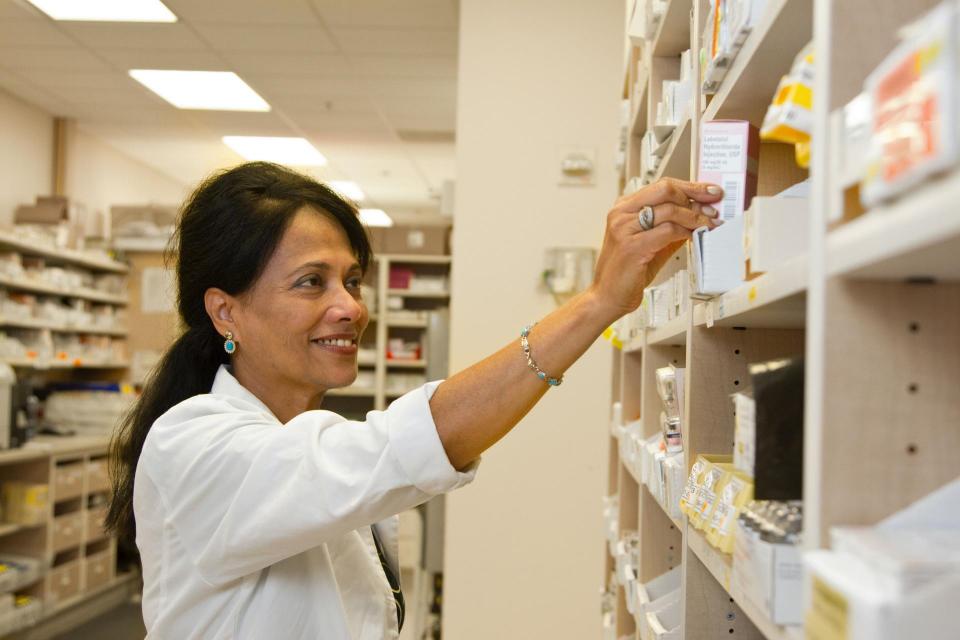 Solving our nation’s problem of high prescription drug prices will protect patients and profits, a noble goal in line with the ethos of the American Sustainable Business Council (ASBC)!

Analysts from the Rand Corporation recently reported that U.S. drug prices are on average 246% higher than the countries that make up the Organization for Economic Cooperation and Development (OECD). For brand name drugs, the most expensive ones, U.S. prices are 344% higher. I’m writing as a proud ASBC member and co-owner of a small business, PharmacyChecker.com, but most of all as an advocate for lower drug prices in America. In fact, that very advocacy could actually put us out of business!

These price differentials grow year after year. Incremental price increases in other countries are matched by drug price increases in the U.S. that vastly exceed the average inflation rate. These increases are reflected in the incredible growth of expenditure on prescription drugs.

In 2015, the pharmaceutical marketplace saw $457 billion in sales. According to a study in the American Journal of Health-System Pharmacy, the pharmaceutical market surpassed half a trillion dollars in 2019. It’s not sustainable for patients, and it’s certainly not sustainable for businesses as we watch an increasingly high share of our healthcare bills go to prescriptions. According to the Commonwealth Fund, drug prices are the number one healthcare cost concern among small businesses.

High drug prices are not simply a “bad deal” for Americans: they are a ubiquitous social injustice and a danger to our health. According to the Kaiser Family Foundation, about 30% of Americans are not filling prescriptions as directed because of cost. This leads to millions more people getting sick, going to the hospital, and even dying. Having to choose between medicine, food, and rent is common for millions of lower and even middle-income Americans. That should be enough to get us motivated to fix the problem. The saddest aspect of this for me is when young people die because they struggle to afford their medication, such as with insulin.

Patients forgoing medications ends up costing our healthcare system more money overall. One estimate from 2016 for the costs related to “nonoptimized medication therapy” is $528 billion. That is not only due to the cost of medicine but multiple factors that lead people to not properly take medication. However, according to physicians, drug prices are the number one reason.

Drugs are so expensive in America because patent rights are inhumanely exploited by pharmaceutical companies. Without any competition for a patented product, monopolistic drug companies charge whatever they want for their products. They will price to maximize profit, a strategy not uncommon for businesses. However, in this case, the product is a life-saving drug and the sales motto in effect is “your money or your life.” At least in America.

Other countries don’t allow that to happen. Through government interventions — such as Canada’s Patented Medicine Price Review Board, the UK’s Voluntary Scheme for Branded Medicines Pricing and Access, and Germany’s “Sickness Funds” — prices are kept more affordable than in the United States and drug companies still maintain healthy profit margins.

International trade often keeps prices lower for many products. In the U.S., however, our laws prevent importation of lower cost drugs. This is done in the name of “drug safety.” For several decades, the pharmaceutical industry has lobbied Congress and federal agencies – and saturated the American people with its narrative that drugs sold in other countries are not as safe. Here’s the rub: they are the same drugs. In most cases, the drugs we buy at local pharmacies are not even made here. The drug companies make them abroad. They alone control the distribution and therefore the price.

To break this stranglehold, we should look to the practice in the European Union of parallel trade in pharmaceuticals. Essentially, in the EU, member countries are allowed to sell pharmaceuticals to each other. If we allowed this, competition would bring down drug prices. Eighty-two percent of small business owners support importation.

There is movement on this front among states and the federal government. Former President Trump issued an executive order to allow drug importation, both wholesale and personal, meaning people buying prescription drugs directly from pharmacies in other countries. The U.S. Department of Health and Human Services issued a final rule last year based on current law: Section 804 of the Food, Drug, and Cosmetic Act. It allows non-federal entities, including states and tribal governments, to import drugs from Canada, subject to their submissions of importation programs that meet the requirements of the rule. The focus is on states that have passed or propose to pass laws that allow their states to import drugs from Canada. Several have submitted importation program plans to HHS and are awaiting a response. The rule allows for state-registered wholesale pharmacies to import certain prescription drugs from registered Canadian wholesale pharmacies and to distribute those drugs within the state only.

While the final rule did not include new permissions for individuals to buy prescription drugs directly from pharmacies in Canada and other countries, “personal” importation, Section 804 (J) already allows it. It states that HHS should permit — otherwise prohibited — drug importation as long as the import is by and for individuals for their own use and doesn’t represent an “unreasonable risk.” Such imports include traveling to a Canadian pharmacy or ordering prescription drugs from an international online pharmacy for mail order shipment.

Personal drug importation – despite the federal prohibitions and pharmaceutical industry misinformation conflating safe imported medicines from licensed pharmacies with counterfeit drugs – is not uncommon. According to the Kaiser Family Foundation, about 20 million Americans say they have imported prescription drugs because of cost. In 2020, a study published in the Journal of the American Medical Association estimated that 2.3 million Americans buy their medications internationally each year.

You probably know about people traveling to Canada or Mexico for cheaper prescription drugs, but there are more efficient ways to save money.

There are hundreds of self-insured municipalities, unions, companies, and other organizations that offer international pharmacy benefits to their members, usually retirees and employees. Through those programs, members get to choose the “international option” and forgo a co-payment on a prescription drug. The FDA has not stopped most of these programs but it will send off warning shots from time to time, sometimes scaring people and businesses away from that which could greatly benefit their health and financial outlook.

For individual consumers, there are offices throughout the U.S., sometimes found in mini-malls, shopping centers, etc., that help people place orders with foreign pharmacies. They are not pharmacies but are often referred to as “pharmacy storefronts.” These companies are particularly helpful for people, often elderly, who do not feel comfortable ordering online.

That’s where our company comes in. PharmacyChecker.com, founded in 2002, verifies the legitimacy of online pharmacies and accredits those meeting high safety standards. We also provide drug price comparisons among those accredited websites and discount prices in the U.S. The safest international online pharmacies, ones that require valid prescriptions and process orders filled by licensed pharmacies, are for all intents and purposes just as safe as U.S. pharmacies. This is borne out by independent, peer-reviewed research and testing of prescription drugs ordered over the Internet from domestic and international pharmacies.

For those still concerned with “importation” – the realities of economics should help. According to a paper by Stephen Salant, professor emeritus of economics at the University of Michigan, legislative and regulatory reforms to expand prescription drug importation would effectively lead to much lower domestic prices, and ironically mitigate the need for importation in the long haul. Why? Drug companies would eventually lower prices in the U.S. to deter imports.

In addition to importation, I also support international reference pricing for Medicare: tying the price of a drug dispensed through Medicare to the lowest foreign price among high income countries. Professor Salant and I penned an op-ed for The Hill recommending both policies.

Thus, with drug prices effectively lowered in the U.S., the need of millions of Americans to look for lower cost prescription drugs internationally over the Internet would diminish greatly. To come full circle, this is why my advocacy could put PharmacyChecker out of business, while making me a very proud activist.

The heart and soul of the ASBC is promoting businesses and a business climate that is compatible with a just society and sustainable environment. ASBC members include capitalists who know where Capitalism is failing. Drug prices are a stand-up example of market failure. Ending the unnecessary restriction on importation, meaning allowing parallel trade in pharmaceuticals with other high-income countries will definitely lower drug prices to bring economic fairness to patients and lower healthcare costs for businesses.

Gabriel Levitt is president of PharmacyChecker.com, a company that verifies online pharmacies and lists drug price comparisons; and is founder of Prescription Justice, a non-profit organization dedicated to ending the crisis of high drug prices in America. PharmacyChecker.com is a proud member of the American Sustainable Business Council.