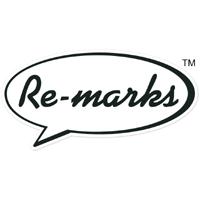 Re-marks is one of the top-selling jigsaw puzzle companies in the country. Designing and manufacturing niche items for booksellers in the US since the 1990s, Re-marks is a triple-bottom-line company that partners with Rust Belt manufacturers to produce high quality, eco-friendly puzzles and games.

The company’s founder and CEO, Grace Crowley, started as a journalist in Washington, DC at Congressional Quarterly, then at the New York Law Journal. She moved to Seattle to focus on radio journalism; while there, she started crafting items and selling them at the Fremont Market. Her business grew steadily and today, Re-marks has 15 full time employees, including Crowley, who is also the lead salesperson.

Crowley quickly realized that manufacturing in the U.S. comes with a number of challenges. “If you’re a really pragmatic businessperson in the toy industry,” she explains, “your greatest margin is going to come from manufacturing in China and selling to specialty stores.”

While it is possible to manufacture paper products domestically, margins are extremely tight and equipment can be limited. The greatest weight is being borne by factories that struggle to hold down their costs to companies like Re-marks so they do not go offshore or to another factory.

But manufacturing in the U.S. was important to Crowley. She decided to stay in the States and sell to as broad a customer base as possible, including major stores like Target, Hobby Lobby, and Barnes & Noble as well as specialty stores.

Since Re-marks cannot hold down costs as much as they could if they manufactured offshore, more and more effort has gone toward continuous improvement of designs and a tremendous emphasis on relationship-building.

“Our ability to figure out how to succeed as an on-shore design manufacturer, selling into several tiers of retail, is pretty unusual,” Crowley observes, “given the near-infectious quest for low consumer prices which come much more easily to our off-shore competitors.

“It’s so ‘varsity’ some days that we wonder if we should just let the marketplace chew us up — but then we receive a big order from a major retailer and we’re like, ‘yes, we can do this!’”

Re-marks decided to join ASBC after being introduced through ASBC organizational member Social Venture Network (SVN). Re-marks saw several areas where their own values aligned with ASBC’s work, including making products onshore, paying a living wage, and using environmentally-friendly materials. They appreciated that ASBC is a policy-oriented organization, which matters to them as a triple-bottom-line company that wants to see supportive policies passed.

Re-marks believes solutions like changing tax policy to encourage businesses to remain in the U.S. could help create a more level playing field, boost their bottom line and let them hire more people.

“There is a small domestic manufacturing IRS break, a Bush tax cut from around 2000, but there needs to be much more in the way of financial incentives for small manufacturers so we can compete with American companies who are producing overseas,” Crowley asserts. “Today we might be in business, but it is extremely risky as the retail customers get tougher with vendors and look to us for added net gain in the way of markdowns, clawbacks and fees.”

A triple-bottom line-company may appeal to consumers, but for retail buyers, even those who share these core values, it can be hard to compete against companies working offshore. For so many in the manufacturing sector, success only comes if you’re in an industry with a big margin or can go right to consumers. Re-marks has been able to succeed by innovating and building relationships, but the economic damage of offshoring is missing from the conversation because few people understand it.  Being part of a business organization engaging in policy work can help voters and legislators understand what’s at stake.

“Some customers will pay more for triple-bottom-line stuff, but it’s a fairly small market,” Crowley said. “We’re so rare in this area, there’s hardly anyone doing it. And we have really strong design, and great relationships with the stores. For many companies, deciding to offshore is not about greed; it’s about staying open. We are part of ASBC because we believe that, to change this situation, we need change policies and do more to encourage companies to keep their jobs here.”