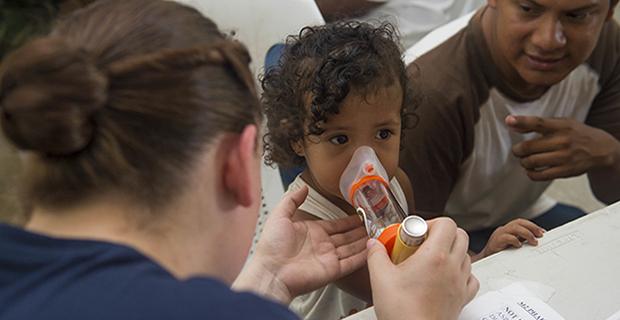 The high cost of pharmaceuticals takes up an increasing percentage of healthcare costs each year. For American businesses of all sizes, drug prices increasingly hurt their bottom lines.

Even worse, employees too often do not take the medications they need because of cost. In fact, about 45 million Americans did not fill a prescription due to cost in 2016. No one knows exactly how many people get worse or die because they do not get needed medication, but one survey by the Harvard School of Public Health found that over half of patients report that they become sicker.

While Congress and the president claim to be up in arms against pharmaceutical industry costs, nothing is getting done. But one short-term, market-based solution is clear: To save a lot of money, the American people and businesses could import prescription drugs for personal use. Prescription medications are much less expensive in Canada: Discounts average around 70% on brand-name drugs. Approximately nineteen million Americans say they already import medications for personal use. This solution not only saves families thousands of dollars but also keeps American companies’ employees healthy and productive.

Current federal law prohibits businesses from importing lower-cost medication into the U.S. on behalf of their employees. Personal drug importation also is technically prohibited, but individuals are not prosecuted for doing so. For this reason, individual employees find it worthwhile to buy prescription medicines from international online pharmacies, particularly when employees’ health insurance does not cover medications they need.

Saving money on prescriptions is important, but finding safe formulations is even more vital. When searching for prescription medications online, consumers must stick with legitimate online pharmacies that are reviewed and approved by a reputable credentialing body. One such body is PharmacyChecker.com, founded in 2002. It runs the PharmacyChecker Verification Program which verifies credentials of licensed pharmacies around the world and compares their prices. The credentialing program is directed by Kelly Ann Barnes, JD, RPh, a registered U.S. pharmacist and former Director of Pharmacy Quality Assurance for the Massachusetts Board of Registration in Pharmacy.

Many essential, widely-prescribed drugs can be purchased outside the U.S. for a small fraction of the price we pay here. For example, Januvia 100 mg (sitagliptin), a widely prescribed drug used to treat Type 2 Diabetes, sells for $14.88 per pill in American pharmacies, but costs as little as $3.04 from pharmacies in the U.K., New Zealand and Australia.

It may surprise you, but most medications sold in the U.S. are actually foreign-made – meaning they are imported, legally! This importation is controlled by the pharmaceutical industry to its benefit. Medications these firms make in Europe for the U.S. market are also sold in Europe — but at a much lower cost.

Companies can work to reform the law to ease importation of prescription medications that are already approved for sale in the U.S.

A long-term approach will require political engagement. Businesses can and should lobby for the passage of legislation to end the ban on importing lower-cost but equally safe and effective medications. They can also lobby the executive branch to encourage use of flexibilities provided by current law under which the Secretary of Health and Human Services can expressly permit the importation of medication for personal use.

Promoting online access to the personal importation of safe and affordable medication is not a liberal or conservative issue, nor a partisan Democratic or Republican fight. It’s a non-partisan issue that appeals to workers from across the United States who are quite literally sick of skyrocketing, unaffordable drug prices. The current law, which props up high drug prices unnecessarily, is not only bad for most business, but unethical from a public health perspective.

Gabriel Levitt is president of PharmacyChecker.com, a company that verifies online pharmacies and lists drug price comparisons; and is founder of Prescription Justice, a non-profit organization dedicated to ending the crisis of high drug prices in America. PharmacyChecker.com is a proud member of the American Sustainable Business Council. For more drug price and drug importation coverage, visit the PharmacyChecker Blog.