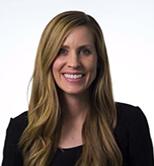 Over the past 15 years, Adrienne Schweer has worked on Capitol Hill in both Republican and Democratic administrations and has led partnership and advocacy strategy for corporations and non-profits.

From From 2014 to 2017, Schweer served as a senior advisor and chief of protocol to Defense Secretaries Chuck Hagel, Ash Carter, and Jim Mattis in the Pentagon. During her tenure, she helped roll out a paid parental leave policy for the military. She launched Family Leave Works in 2015 after experiencing a high-risk pregnancy without paid maternity leave. She became devoted to finding bipartisan, politically viable solutions to address this problem affecting a majority of American families.

In 2017, Schweer began convening companies large and small that offer paid family leave to share data on why these policies help business as they benefit employees’ families. She became a Fellow at the Bipartisan Policy Center (BPC) and in 2018, helped BPC set up its Paid Family Leave Task Force, which she currently leads.