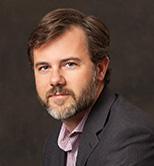 Benjamin Waterhouse studies American politics, political culture, and capitalism in the 20th century. A very pertinent focus is contests between economic groups, including business, labor, and the political class; and how the relationships among them shaped the broader contours of the American political tradition and American economic development. Waterhouse teaches courses on the history of business and economics, politics and political thought, and capitalism. His first book, Lobbying America: The Politics of Business from Nixon to NAFTA (Princeton University Press, 2014) explores the role that large, national business associations—and their lobbyists—played in shaping economic policy and conservative politics between the 1960s and the 1990s. He is also author of The Land of Enterprise: A Business History of the United States (Simon & Schuster, 2017). Waterhouse holds an AB from Princeton and a PhD from Harvard.