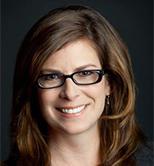 Erica Payne is president and founder of Patriotic Millionaires and founder of the Agenda Project. A compelling advocate for economic justice, Payne has appeared on media outlets from NBC to Fox News. She is author of The Practical Progressive: How to Build a 21st Century Political Movement, which Jonathan Alter of Newsweek called “a blueprint for a progressive conspiracy to help save the country.” With Dr. Rob Johnson, Payne is co-editor of Make Markets Be Markets, a post-crisis analysis of financial regulation and the U.S. banking system. As a political messaging expert, Payne has created some of the last decade’s most powerful issue campaigns, including ”Granny off the Cliff,” which has been compared to LBJ’s famous “Daisy and the Mushroom Cloud” ad. She also led a boutique consulting firm to develop the progressive intellectual and communications infrastructure and was instrumental in founding the Democracy Alliance. She holds an MBA from the Wharton School at University of Pennsylvania (2000) and a BA from University of North Carolina at Chapel Hill (1991).