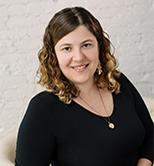 Lela Klein is the Executive Director of Co-op Dayton, a non-profit organization dedicated to building worker cooperatives that drive equitable growth in the blue collar community of Dayton, Ohio.  She is also a Board Member and Project Manager for the Gem City Market, a multi-stakeholder cooperative grocery store start-up-in progress that will bring access to good food into an area of Dayton that is considered a food desert. Prior to co-founding Co-op Dayton, she served as General Counsel to the IUE-CWA, a 45,000-member manufacturing union, where she represented union members and created a mentorship program to foster leadership among young manufacturing employees.  Lela was also an organizer and later an attorney with the Service Employees International Union.