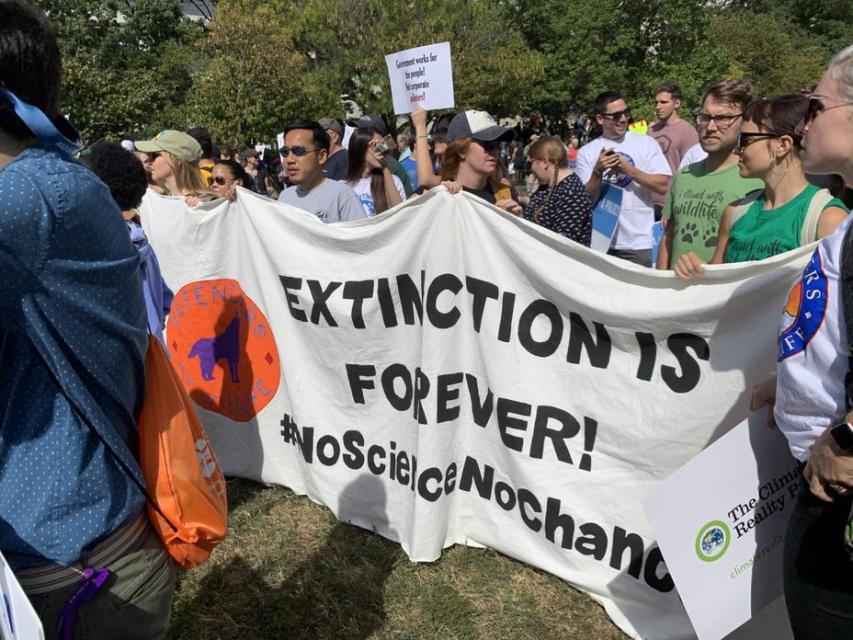 ASBC vice president Ali-Reza Vahabzadeh joined the climate march in New York City. He says, “You could tell something big was happening in the City that day. From the moment I stepped onto the subway, I could feel the buzz of anticipation. When I got out at Brooklyn Bridge station, I was part of a great mass of people getting off trains, climbing up the stairs, all getting ready to have their voices heard. It wasn’t the usual jostling crowd, it was a gathering of people with a shared purpose.

“The people I saw were from diverse backgrounds and were mostly under age 25, maybe because young people have the most future at stake. But I saw people as young as three and as old as 80, all together. It was amazing to see a group of young high school students blasting Pink Floyd’s “Another Brick in the Wall,” 40 years after its release, and chanting the lyrics, “We don’t need no thought control….” The song came to be used in the ‘80s by protesters of apartheid and other unjust government actions, and it’s still relevant today. People were organized, peaceful and passionate as they they exercised their right to speech. It’s hard to express how incredibly moving, and how wonderfully American, that was. I know that spirit will animate the upcoming ASBC Sustainable Business & Advocacy Summit in D.C.” 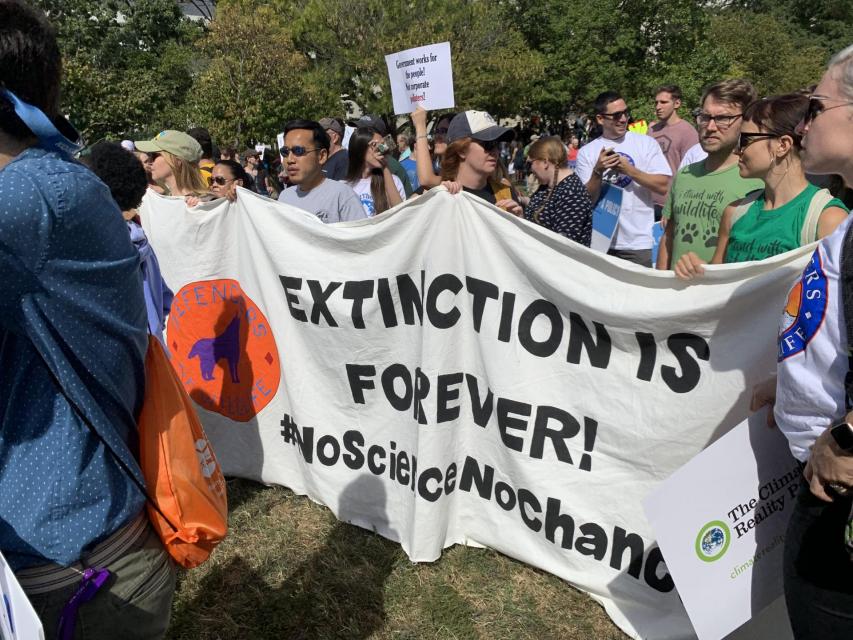 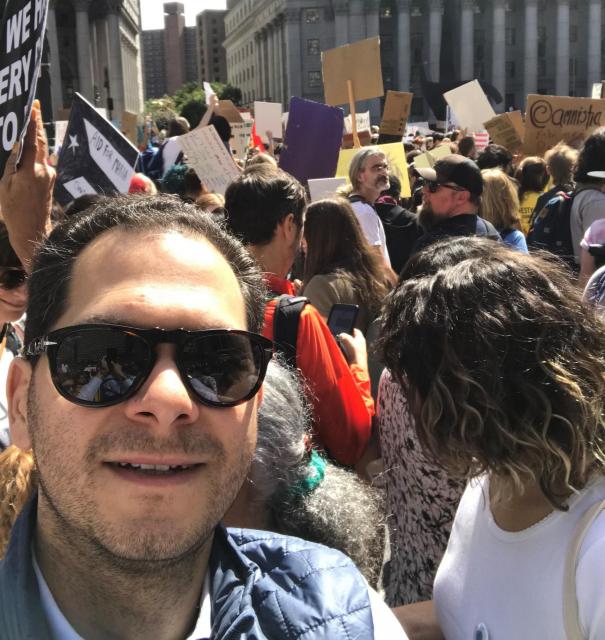 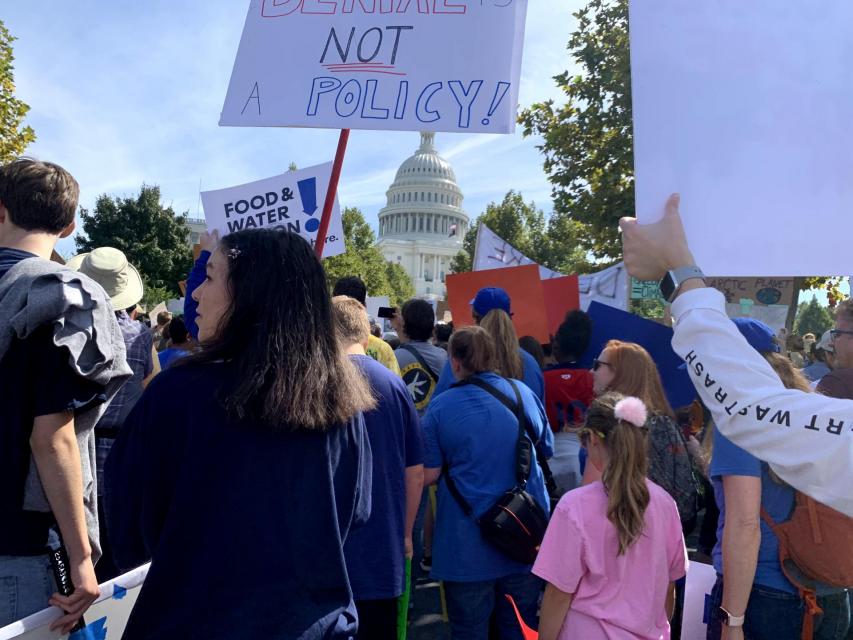 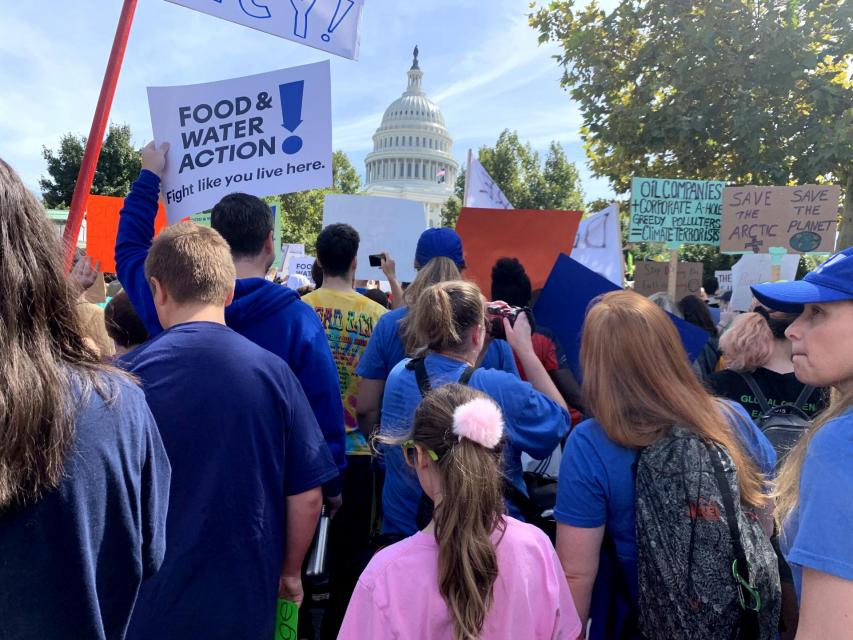 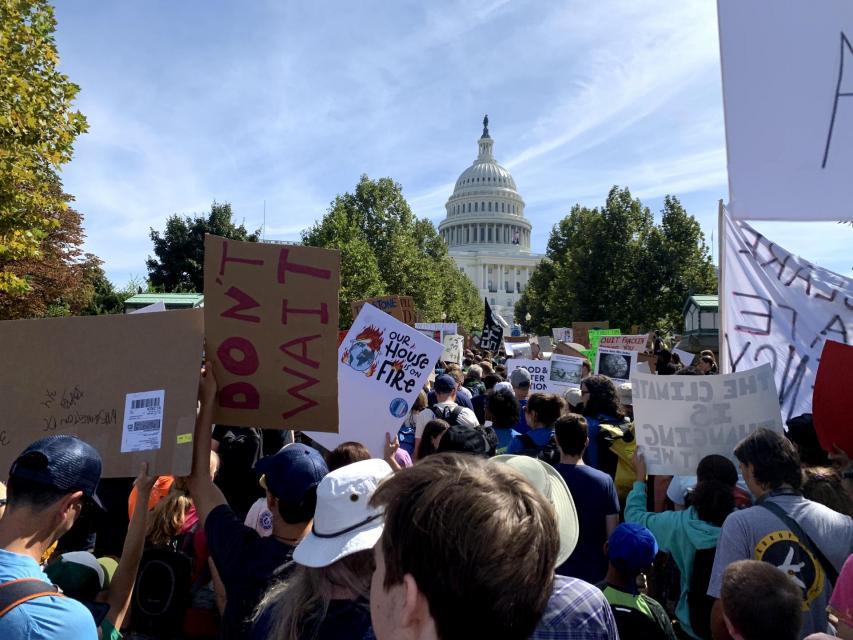 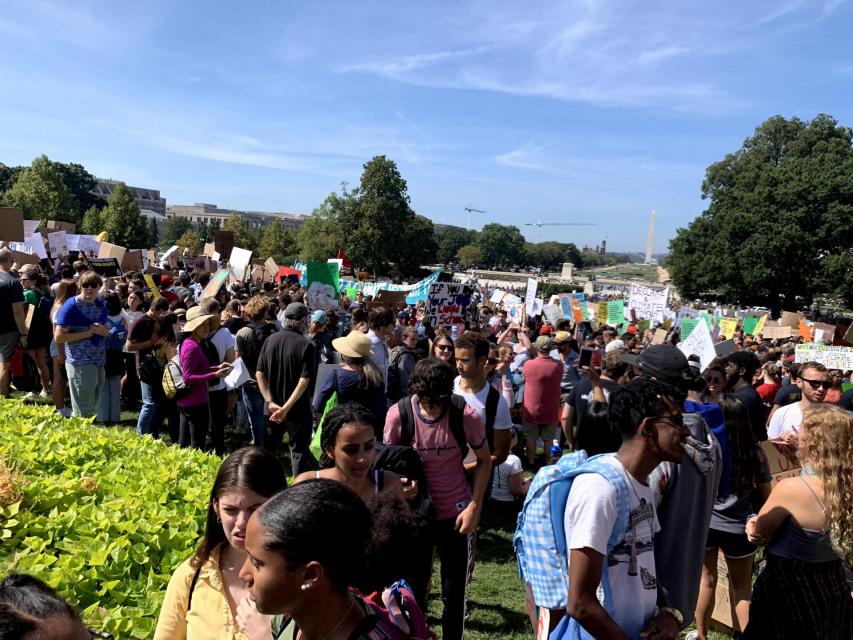 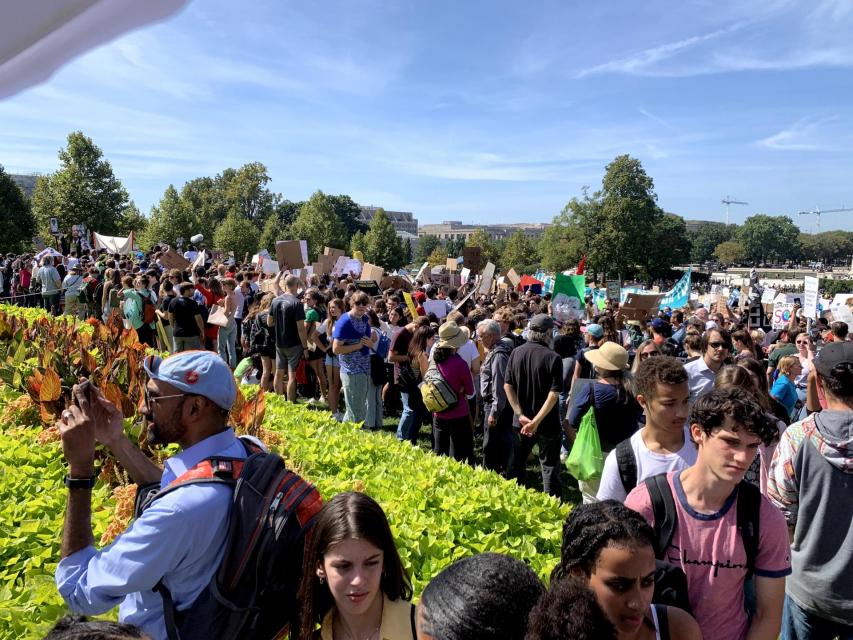 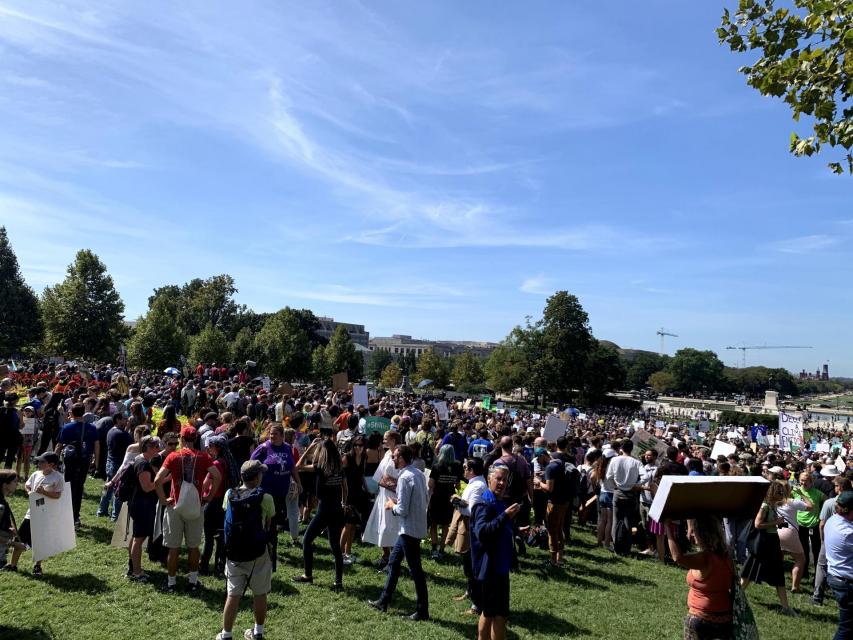 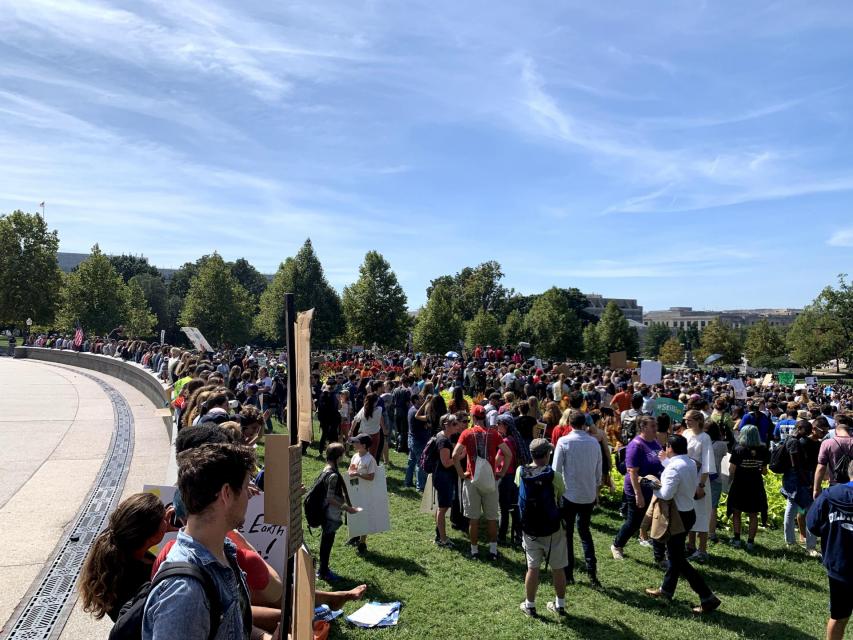 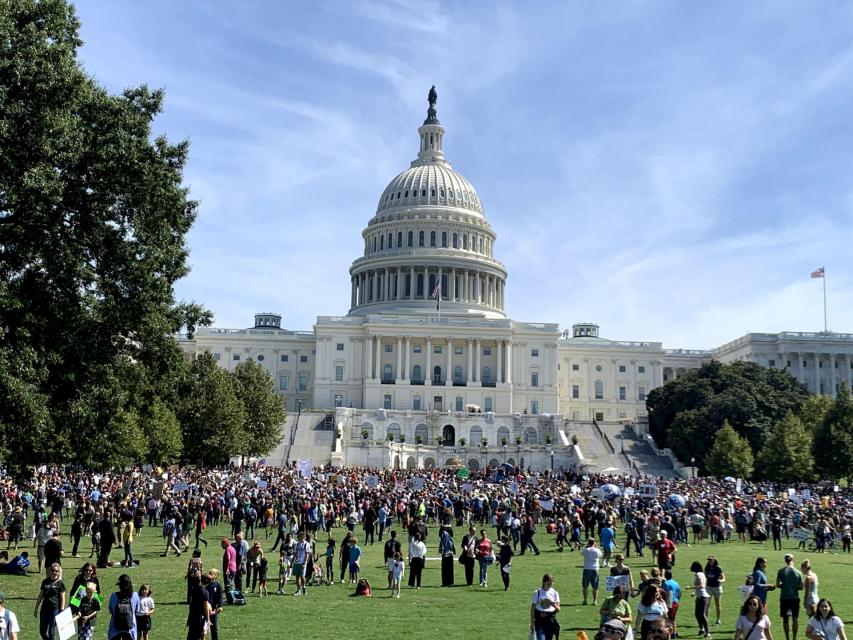 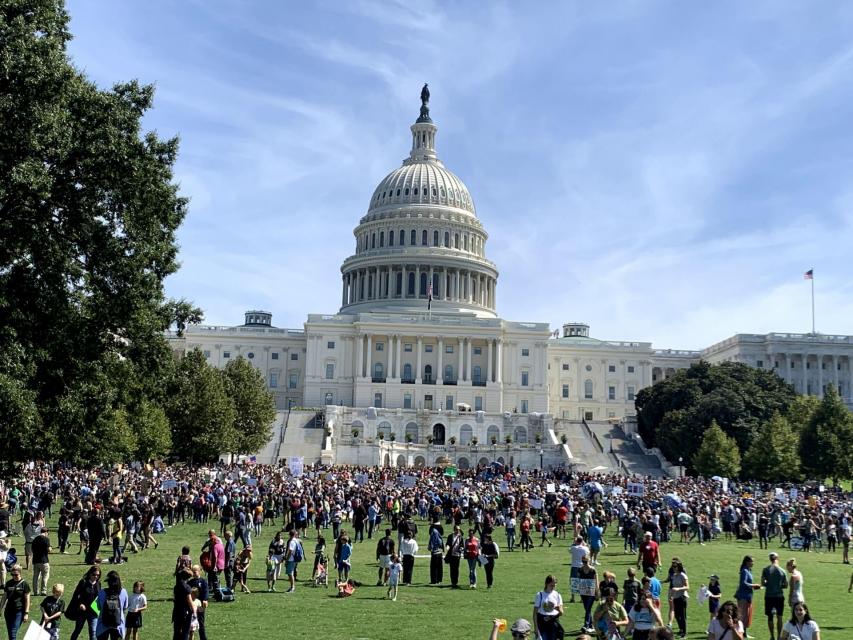 ASBC intern Matt Castello joined the climate march in Washington, D.C. He reports on that event. “At around 11 a.m. on Friday, climate-change protesters gathered down the street from Capitol Hill. Most were very young; a group of elementary school children started and led many of the chants that protestors shouted as they marched toward Capitol Hill. However, protestors of all ages participated: Elders for Climate Protection gathered on the sidelines in support of the marching crowd. As demonstrators marched towards the Capitol, movement halted momentarily; then an organizer in a yellow vest ran down the side of the procession, yelling “Keep moving! The police can’t stop us!” As the demonstrators gathered at the steps to Capitol Hill, chants of “Hey ho, climate change has got to go!” and “Do your jobs!” intensified. Again, the elementary school children gathered at the front of the crowd, and standing on a wall so they could be seen, called out improvised chants. Before the event ended at around 2 p.m., an array of speakers including representatives from the House and student activists took the podium to demand strong climate action such as the Green New Deal. At the upcoming ASBC Summit, Capitol Hill will be hearing from the public again: specifically, from business leaders at economic risk from climate change.”

The climate march wasn’t confined to big cities. ASBC staff member Karina Kays attended her local march in Ventura, Calif. “September 20 was a really memorable day.  I joined students, businesses, climate coalition members and other people of all ages in a peaceful protest that marched through downtown Ventura into City Hall. Our city has a strong environmental commitment, so we knew our mayor and other officials would listen as we expressed our concern for the current climate crisis. We chanted in unison, asking our local government to do its part in protecting our communities and continuing to improve our city’s environmental efforts. It was wonderful to stand among other people who are so passionate about inciting needed change. I’m very glad I was a part of this crucial moment in history as we fight to save our planet and ourselves. I’m looking forward to the ASBC Summit where solving climate change will get the attention it deserves from business and political leaders.”