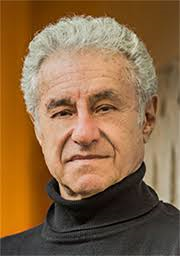 Gar Alperovitz is the President of the National Center for Economic and Security Alternatives and a co-founder of the Democracy Collaborative organization. He previously served as the Lionel R. Bauman Professor of Political Economy at the University of Maryland from 1999 to 2015. He is a former Fellow of King’s College at Cambridge University, the Institute of Politics at Harvard, and the Institute for Policy Studies. Alperovitz served previously as a Legislative Director for Rep. Robert Kastenmeir (WI) and Sen. Gaylord Nelson (WI), and as a Special Assistant concerned with United Nations issues in the State Department. He received his Ph.D. in Political Economy as a Marshall Scholar at Cambridge University.